With the recent death of Kate Spade, I felt compelled to re-post this about dealing with mental health. I was so saddened to hear that she ended her life – and for what reasons we’ll never really know.

The first thing that came to mind: did she ever seek professional help? Were there any signs? Could someone have helped her in time?

Mental health with women is real. We face the challenges of managing our households and careers and anything else that falls in between–and it’s a beast. While we’ll continue to hold a Kate Spade–no more “holding.”

Breathe. You have a lot going on and decide to buckle down, not think about what’s really happening (mentally) and hold it together. Umm no. If you need help, ask – and I don’t just mean from family and friends.

Too many people live in a dark place when they need help. They don’t ask for it in fear of what others will say or simply because of pride. We reject the idea of a therapist, marriage counseling, life coach or whatever a licensed professional can offer.

Mental health is just as important as physical health. And for people that look like me – mental health tends to be overlooked. Instead, we are told to “pray about it” and carry on. I do agree that praying is important but we also need to be wise when we know something needs to be adjusted.

African Americans are 20% more likely to report having serious psychological distress than non-Hispanic Whites, according to the U.S. Department of Health and Human Services Office of Minority Services. Yet young adult African Americans, especially those with higher levels of education, are less likely to seek mental health services than their White counterparts, according to a study published by the American Psychological Association (Ebony Magazine).

We don’t have to hold ourselves together all the time. That’s called being normal. And if it gets to a point where it’s too much, I can not stress enough, please seek professional help. You will thank yourself later #noholding.

Because the sun always comes out after the rain.

It’s Tuesday, November 4, 2008 and I have just stepped in to history- literally.

My husband and I (uhh pre-kids :o) are at Mrs. Juanita Abernathy’s house – yes, Rev. Ralph David Abernathy’s widow – as in the civil rights leader and Dr. King’s closest friend. Wait. . . WHAT?!?!

We were invited to her house through our dear aunt for an election night watch party. I remember my husband whispering, “are we using the same silverware as Dr. King?” Like kids in a candy story, grins galore. Imagine that.

The night proceeds and Obama wins. Everyone is in utter shock, but fortunately not the same shock we just experienced. Mrs. Abernathy jumps up in excitement and then the tears start to fall.

I will never forget this. I do believe she was thankful all her hard work along with her husband and Dr. King had come to fruition. We had a Black president.

Fast forward into eight years. The lessons from this resilient Illinois senator named Barack Hussein Obama, with his outstanding lawyer wife, Michelle, and their beautiful children began that night in 2008.

As they walked on stage,  I remember feeling overwhelmed. Be proud of what your ancestors did no matter what. You are standing on their shoulders and can be anything, even the president of the United States.

And then in 2009, I fully saw the First Lady and what she was capable of as she strut down Pennsylvania Avenue Inauguration Day. Regal. Be thankful for the skin you are in – you have reached new heights as a woman, a Black woman.

Now second term in 2012, it’s the day Obama gave a speech after the Newton shooting in Connecticut. I saw a parent grieving for his own children.  Tomorrow is not promised so be thankful for today and love on your children everyday.

Obama at the various White House Correspondent Dinners was the epitome of a “real” president with his humor and prose. Never take yourself too seriously and learn from what others think of you, but stay true to yourself.

And let’s not forget about the fashion. The First Lady is hands down the best ever and never afraid to go for it. Women should always embrace their various shapes and sizes because we can all wear it well from our hips to lips.

Last but not least, the ultimate came when the First Lady spoke about the White House and slavery at the Democratic National Convention. We must always remember where we came from in order to move forward and never be afraid to speak truth.

The Obamas will always remain a staple in our history and I am forever changed for the better. Who knows what the future holds but I am always reminded “when they go low, we go high.” 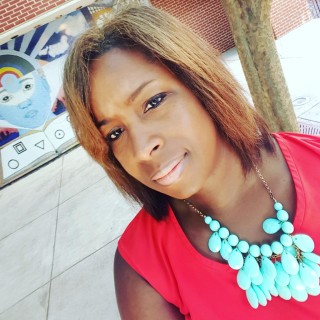